The latest news posted in the Crossroads Chronical Newspaper in March 2010:

Sapphire National LLC, which includes Sapphire National Golf Club was placed in Involuntary Bankruptcy Chapter 11 by its creditors on March 22-23. The course and adjacent Sapphire Brewing Company remain open and according to co-managing partner Craig Shatto, the struggling business needs local support now more than ever to survive.


This was an orignal article published in the local newspaper in 2007 explaining the improvements that were going to be made by current owners who now have the course for sale. 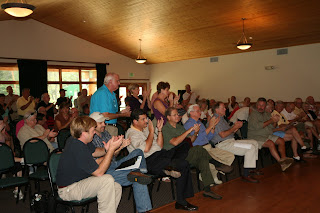 The Sapphire Valley Master Association voted 7-0 to approve the plans for the future of the golf course.
"A lot of hard work went into this project over the last 100 days and we were very pleased with the turnout and support that we had from the community and master board," said potential new buyer Shatto. "We're looking forward to the restoration of the golf course and enhancing the play. In doing so, working with the community and all its members on activities and other events."

Some of the details revealed at last Tuesday's meeting were that over $1.5 million would be spent on golf course improvements over the next year. There are plans for new clubhouse facilities; to honor special annuals and Sapphire amenity holders; first of right refusal and option for SVMA to purchase the course prior to year 2011; small development around the course involving a possible Inn, restaurant, spa, condos or timeshares, and overall improvement of the property."The whole deal is on go," said SVMA board member Jack O'Connell. "What they presented to us, the entire board took a vote and voted 7-0 to proceed with it. We told them we'd cooperate any way we could, within reason. "We the people that came to the meeting if we should proceed, and everyone agreed we should," added O'Connell. "Not one person raised their hand and said we shouldn't. It's for the good of the area and to see if we can make it better."

One noteworthy detail from the public hearing was speculation that litigation by both parties could be exonerated, meaning ongoing legal battles between current owner Danny Mays and the SVMA will end, paving the way for a fresh start for the new owners and the SVMA.

"There's definitely a possibility of that happening," said Mays. "That would be another win for everyone involved." O'Connell also agreed that the lawsuits may be dropped. "I understand that is the way it is, that all the lawsuits are to be dropped," said the board member. "But I can't speak for other people as far as the board is concerned."

The new buyers intend to have a "meet and greet" party sometime in mid-October to present their plans regarding golf course renovations and development, as well as to receive overall feedback from the players and owners. "We'll be discussing the restoration," said Shatto.

The first public meeting was held on July 9, also at the Sapphire Valley Community Center, where about 250 people attended and listened to the potential new owners' introduction and overview of plan.

Overall, O'Connell said changes at the course were almost necessary for progress. "Not to go forward is to go backwards," said O'Connell. 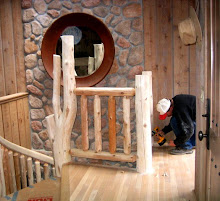